Cool temperatures were accompanied by near normal

Data from the Delaware Environmental Observing System (DEOS) show that all stations across Delaware experienced below average temperatures during the spring season with the largest anomalies found along the Atlantic coast in Sussex County (up to 4°F below normal; Figure 4).

Nearly all stations in Kent and Sussex counties, recorded below normal precipitation for the spring season, with deficits of between 3 and 4 inches common across Sussex County. Across New Castle County, DE and Chester County, PA, precipitation was generally above normal, with positive anomalies of between 4 and 5 inches found at some stations in Chester County, PA (Figure 5). 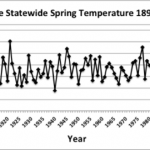 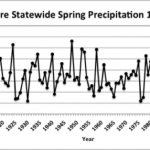 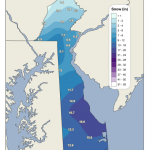 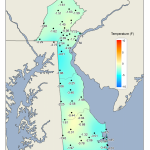 Figure 4. Spring 2014 average temperature departures from the 1981-2010 mean based upon DEOS station data. 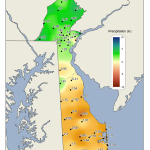 Figure 5. Spring 2014 precipitation departures from the 1981-2010 mean based upon DEOS station data.