Skip to content
Posted on September 7, 2014 | by Dan Leathers

Delaware’s statewide precipitation for August 2014 averaged 5.09 inches, 0.97 inches above the 1981-2010 mean (Figure 2). This was the 4th August in a row to see above normal precipitation across the “First State”.

Data from the Delaware Environmental Observing System (DEOS) shows that the mean August temperatures across Delaware were consistently below normal across the entire state. No DEOS station experienced above normal temperatures during the month, and several stations were more than 5°F below their August normal (Figure 3).

Rainfall totals varied greatly across the region. The large difference in rainfall values is due to the fact that most August precipitation falls in small-scale showers and thunderstorms (Figure 4). Rainfall totals ranged from over 5 inches to less than 2 inches depending upon the specific location across Delaware and Chester County, PA. 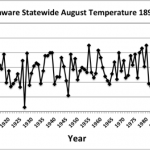 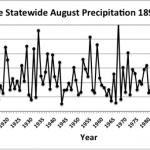 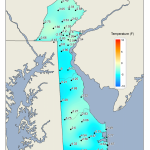 Figure 3. August 2014 average temperature departures from the 1981-2010 mean based upon DEOS station data. 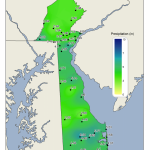