Delaware and Chester County, PA, with several stations seeing anomalies of greater than 6o F (Figure 3). Precipitation was below normal at all locations across the State with negative departures of over three inches at several DEOS stations
(Figure 4). 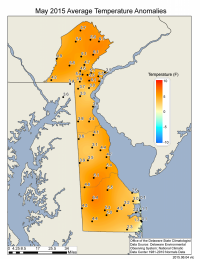 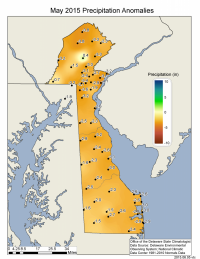