Data from the Delaware Environmental Observing System (DEOS) indicate that most regions of the State experienced temperatures that were above normal during the month, with the largest positive departures found across southern Kent and northern Sussex Counties (Figure 3). Precipitation was much above normal at all locations across the State with positive departures of between five and ten inches found across New Castle County (Figure 4). The smallest rainfall totals were found across Sussex County. 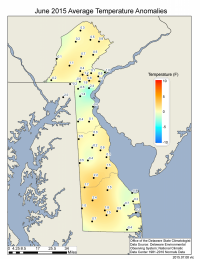 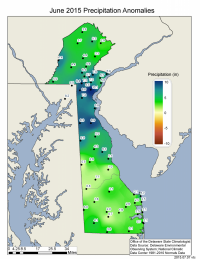