Delaware’s preliminary statewide precipitation total for September 2015 averaged 3.21 inches, 0.76 inches below the 1981-2010 mean (Figure 2). 2015 was the 4th September in a row with below normal rainfall across Delaware.

All stations across the Delaware Environmental Observing System (DEOS) network experienced higher than normal temperatures during September (Figure 3). Temperature anomalies reached as high as 5.3°F, with the largest departures generally found across northern Delaware and Chester County, PA. Delaware was not the only state that experienced a warm September, as 45 of the 48 coterminous states had above normal temperatures during the month (Figure 4).

Precipitation was generally below normal across the entire State, with the largest negative departures found across northern and central Sussex County (Figure 5). 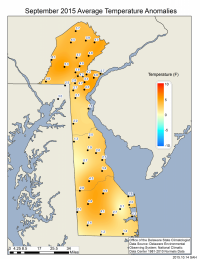 Figure 3. September 2015 average temperature departures from the 1981-2010 mean based upon DEOS station data.

Figure 4. September temperature departures from the 1901-2000 mean across the coterminous United States. Data and map provided by the National Center for Environmental Information. 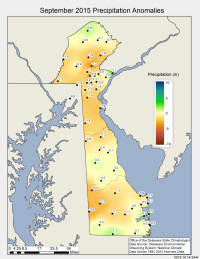 Figure 5. September 2015 precipitation departures (inches) from the 1981-2010 mean based upon DEOS station data.