Delaware experienced near normal temperature and precipitation conditions during October 2015. Although the monthly averages were near normal, an early October weather system brought strong winds, and coastal flooding to much of the State.

Most Delaware Environmental Observing System (DEOS) stations saw temperatures slightly below normal for the month (Figure 3). Like Delaware, much of the eastern portion of the United States had near normal temperatures during the month, while the western United States was much warmer than average (Figure 4). 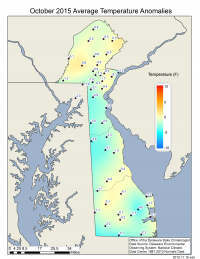 Figure 3. October 2015 average temperature departures from the 1981-2010 mean based upon DEOS station data. 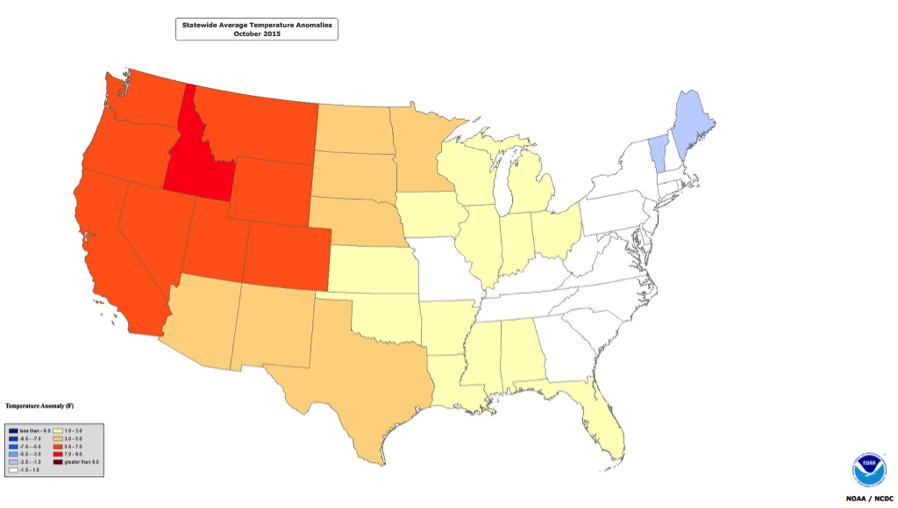 Figure 4. October temperature departures from the 1901-2000 mean across the coterminous United States. Data and map provided by the National Center for Environmental Information. 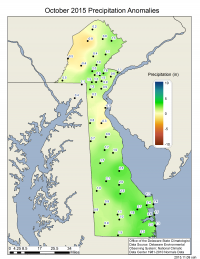 Figure 5. October 2015 precipitation departures (inches) from the 1981-2010 mean based upon DEOS station data.