Delaware’s statewide precipitation for February 2016 averaged 4.05 inches, 1.14 inches above the 1981-2010 mean (Figure 2). Snowfall across the State was modest during February, with 5.8 inches falling at the Wilmington/New Castle County Airport.

Data from the Delaware Environmental Observing System (DEOS) shows that temperatures were above normal across a majority of the State, with the largest positive anomalies across northern Sussex County, DE and Chester County, PA (Figure 3). Total liquid precipitation was generally above normal across the entire State during February (Figure 4). 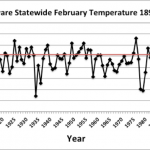 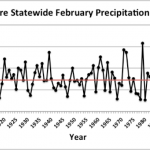 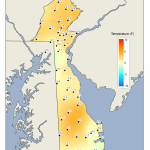 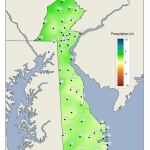 Figure 4. February 2016 precipitation departures (inches) from the 1981-2010 mean based upon DEOS station data.