Preliminary data indicates that the statewide average temperature in February was 44.1°F; this was 7.6°F above the 1981-2010 normal of 36.5°F (Figure 1). February 2017 was the warmest February since records began in 1895. As an example of the warmth Porter Reservoir, in northern Delaware, set new high temperature records on four days during the month. February 2017 was also the 9th month in a row with above normal temperatures across the First State.

Delaware’s statewide precipitation for February 2017 averaged 1.29 inches, 1.62 inches below the 1981-2010 mean (Figure 2). Very little snow fell across the State in February, as in most cases temperatures were too warm to support frozen precipitation. Between one and three inches of snow fell across New Castle County on February 9th, the only measureable snow during the month. 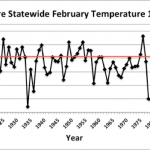 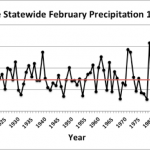 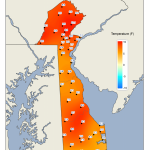 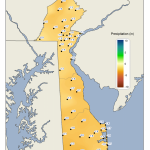 Figure 4. February 2017 precipitation departures (inches) from the 1981-2010 mean based upon DEOS station data.