Data from the Delaware Environmental Observing System (DEOS) show that winter temperatures across the entire State were above normal, with the largest anomalies found in northern Sussex and northern New Castle counties in Delaware and in Chester County, PA (Figure 3).

Winter precipitation totals were significantly below normal across the entire State, with the driest conditions along the Sussex County coast (Figure 4). At the New Castle County Airport, only 5.6 inches of snow fell during the December through February winter season, a value far below the 1981-2010 mean of 17.7 inches. During March, another 3.4” of snow fell in northern Delaware bringing the total for the entire snow season (November through April) to 9.0 inches. 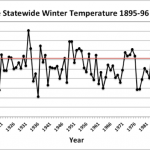 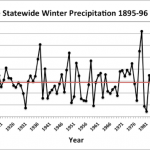 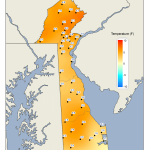 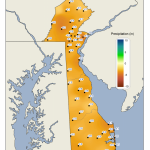