Data from the Delaware Environmental Observing System (DEOS) show that spring temperatures across the State were above normal at most locations, with the largest positive anomalies found across inland Sussex County (Figure 3).

Spring precipitation totals were quite varied across the State with positive anomalies found across northern Kent and southern New Castle Counties, while significant below normal anomalies were found in portions of Chester County, PA (Figure 4). 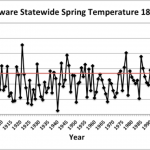 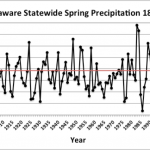 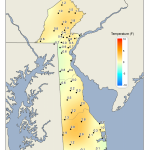 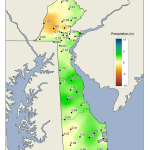