Delaware’s statewide precipitation for June 2017 averaged 2.28 inches, 1.45 inches below the 1981-2010 mean of 3.73 inches (Figure 2). Seven of the last nine months have seen below normal precipitation values across Delaware.

Data from the Delaware Environmental Observing System (DEOS) shows that temperatures were generally above normal across the State, although some stations actually recorded below normal temperatures for the month (Figure 3). Precipitation was below the long-term mean at a majority of sites statewide, with the largest negative anomalies found in Kent and Sussex counties (Figure 4). 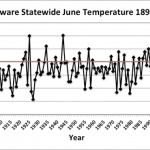 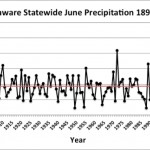 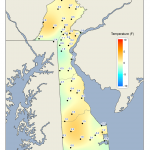 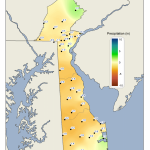