Data from the Delaware Environmental Observing System (DEOS) shows that temperatures varied significantly across the state depending upon location (Figure 3). Precipitation was above the long-term mean at all sites statewide, with the largest positive anomalies found in northern New Castle and western Sussex counties (Figure 4). 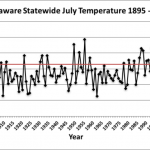 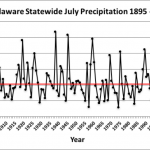 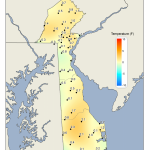 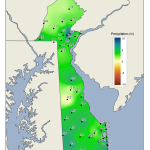