Skip to content
Posted on December 1, 2017 | by Dan Leathers

Data from the Delaware Environmental Observing System (DEOS) show that autumn temperature anomalies were generally positive across the State, with a few locations experiencing near normal temperatures for the season (Figure 3).

Autumn precipitation was much below normal across the entire State, with the exception of extreme southeastern Sussex County (Figure 4). However, the size of the negative anomalies varied greatly from one location to another. Several stations in northern New Castle County and Chester County, PA saw negative anomalies of between four and six inches during the autumn months. 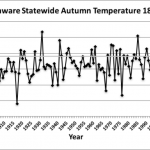 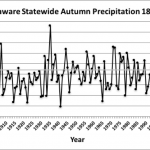 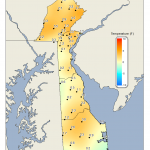 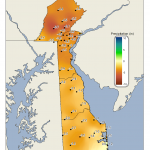