Delaware’s statewide precipitation for December 2017 averaged 1.08 inches, 2.49 inches below the 1981-2010 mean (Figure 2), making it the 5th driest December since 1895, and the driest in Delaware since 1988. Although the total liquid precipitation was much below normal for the State, the Wilmington – New Castle County Airport recorded 7.8 inches of snowfall during the month, more than twice the normal for December. 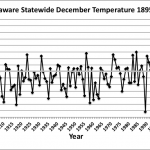 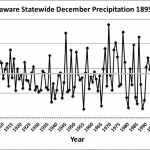 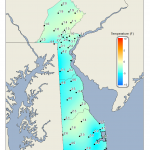 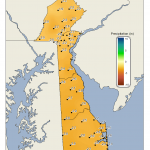 Figure 4. December 2017 precipitation departures (inches) from the 1981-2010 mean based upon DEOS station data.