Most of the United States saw positive temperature anomalies during April, with the Mid-Atlantic Region and portions of California seeing the largest temperature departures (Figure 5). Much of the country saw above normal precipitation, except for the Great Plains, California and the Southwest (Figure 6).
The 500 hPa height pattern for April showed anomalous ridging of the jet stream over our region leading to enhanced southerly flow and higher than normal temperatures (Figure 7). 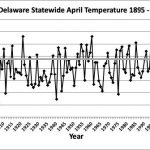 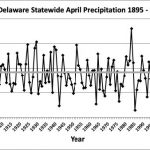 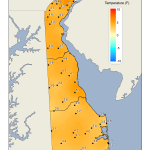 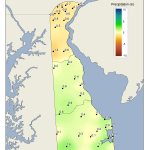 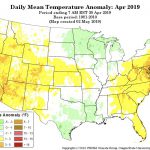 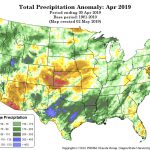 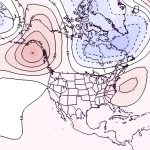