Data from the Delaware Environmental Observing System (DEOS) show that temperature departures were above normal throughout the State (Figure 3), with the largest positive anomalies found across northern New Castle County. Precipitation was below normal at every station (Figure 4), with the largest negative anomalies found across New Castle County, where some stations recorded precipitation totals more than 4 inches below the September normal.

Temperatures were far above normal throughout most of the eastern two-thirds of the U.S, where some positive anomalies reached greater than 7°F (Figure 5). In general, precipitation was below normal across the eastern U.S. and much of the country’s southern tier. Only the northern Great Plains and Pacific Northwest saw significantly above normal precipitation (Figure 6). The 500 hPa height pattern for September showed an anomalous ridge over the eastern U.S. (Figure 7), bringing the warm temperatures to that region. 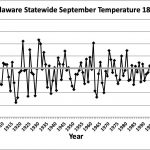 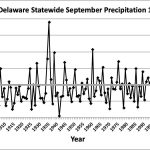 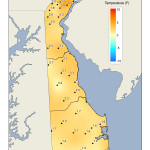 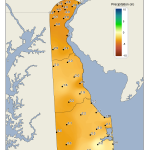 Figure 4. September 2019 precipitation departures (inches) from the 1981-2010 mean based upon DEOS station data. 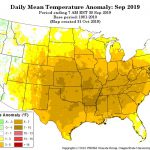 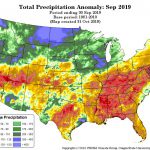 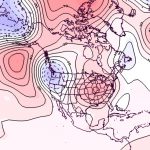