Data from the Delaware Environmental Observing System (DEOS) show that temperature departures were positive at all stations, with the largest anomalies found across Sussex County (Figure 3).  Precipitation was above normal throughout the State, with departures of greater than four inches across much of southern Delaware (Figure 4).

Temperatures were above normal across the western and eastern portions of the United States (3 – 7o F), while below normal temperatures were found across the Great Plains, especially from Montana east through Minnesota (Figure 5).  Precipitation was far below normal across the southwestern portions of the country, with above normal precipitation covering much of the eastern one-third of the United States (Figure 6).  The 500 hPa height pattern for October exhibits a strong trough across the north-central portions of the country and ridging along both the Atlantic and Pacific coasts (Figure 7). 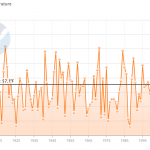 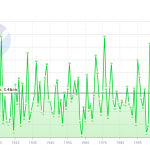 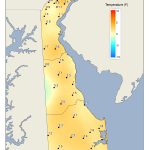 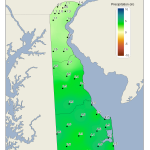 Figure 4. October 2020 precipitation departures (inches) from the 1981-2010 mean based upon DEOS station data. 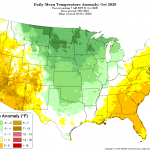 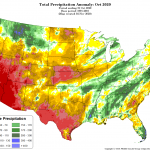 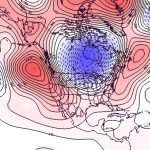