Delaware’s statewide precipitation for January 2021 averaged 2.33 inches, 0.99 inches below the 1981-2010 mean (Figure 2).  This placed this month’s precipitation total as the 25th lowest of all Januarys since 1895, tied with January 1969.  Snowfall totaled 2.5 inches for the month at the Wilmington/New Castle County Airport, and this fell on the last day of the month.  Normal snowfall for January is 5.9 inches.

Data from the Delaware Environmental Observing System (DEOS) show that temperature departures were positive at all stations, with the largest anomalies found across New Castle County (Figure 3).  Precipitation was generally below normal throughout the State. 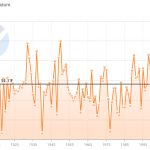 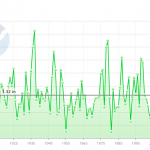 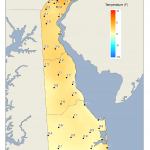 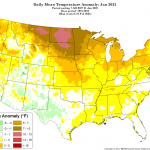 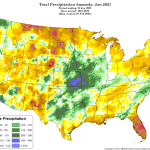 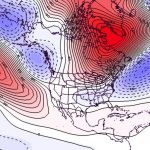