Data from the Delaware Environmental Observing System (DEOS) show that temperature departures were above normal except across far western portions of Kent and Sussex counties (Figure 3).  Precipitation was below normal at most stations throughout the State, however, there were localized areas of higher-than-normal precipitation associated with the convective (thunderstorm) nature of summer precipitation (Figure 4).

Temperatures were generally below normal across much of the southeastern United States.  Warmer than normal temperatures were found across the remainder of the country (Figure 5).  Precipitation anomalies varied greatly across the country with dry conditions in much of California and the Northwest United States.  Pockets of very wet conditions were found across much of the southern tier of the country (Figure 6).  The 500 hPa height pattern for June shows a strong jet stream ridge located over the western United States (Figure 7), leading to the very warm and dry conditions across this region. 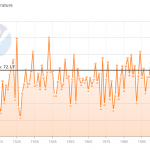 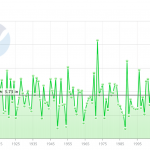 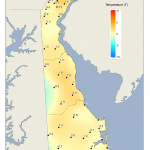 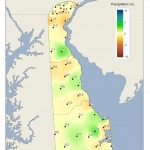 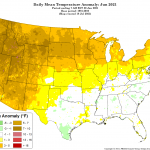 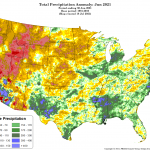 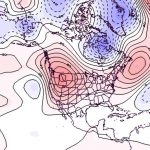