Preliminary data indicates that the statewide average temperature in August was 77.8o F, which is 2.9o F above the 1981-2010 mean value of 74.9o F (Figure 1).  The statewide temperature was the 6th warmest August since observations began in 1895.

Temperatures were significantly above normal across much of the northeastern United States and the Great Lakes region.  The Pacific Coast states also recorded above normal temperatures during August (Figure 5).  Some temperature anomalies were greater than 5o F for the month in the Northeast.  Precipitation anomalies varied greatly across the country with dry conditions in much of California and the northwest United States.  Pockets of very wet conditions were found across portions of the Mississippi Valley (Figure 6).  The 500 hPa height pattern for August shows a strong jet stream ridge located over the northeast United States and southeastern Canada (Figure 7), leading to the warm conditions across this region. 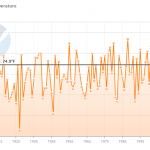 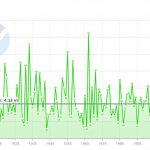 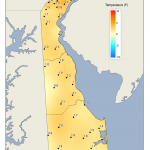 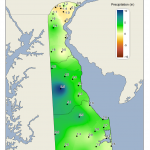 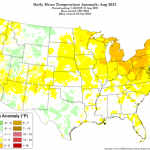 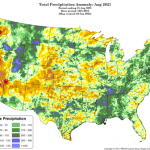 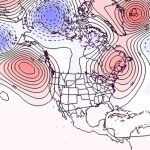