Data from the Delaware Environmental Observing System (DEOS) show that temperature departures were above normal across the entire state, with many stations seeing positive temperature anomalies of greater than 4o F (Figure 3).  Precipitation was below normal across the entire state, with the largest negative departures found across New Castle County (Figure 4).

Temperatures were above normal across the eastern one-third of the United States, and along the Pacific Coast, with some areas seeing positive departures of 3o – 5o F.  The central portions of the country saw below normal temperatures with some negative departures as much as 3o – 5o F scattered throughout the region (Figure 5).  Precipitation anomalies varied greatly across the country (Figure 6), with generally dry conditions across the western one-half of the nation.  Wet conditions were found across the Great Lakes and Mississippi Valley.  The 500 hPa height pattern for March shows a jet stream trough located over northeastern North America and a jet stream ridge over both the eastern and western United States contributing to the temperature anomalies across those regions (Figure 7). 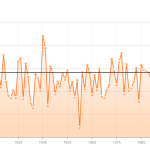 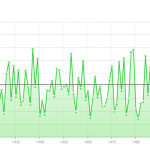 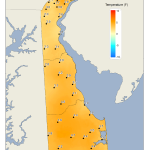 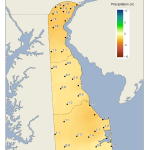 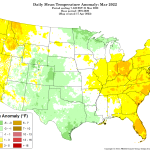 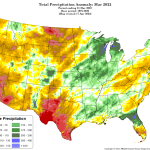 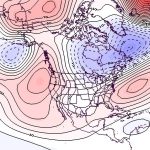