Precipitation was below normal at the majority of locations across the State, with larger negative departures across the northern portion of the region (Figure 4). 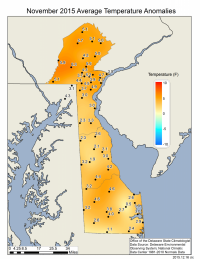 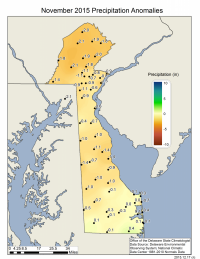 Figure 4. November 2015 precipitation departures (inches) from the 1981-2010 mean based upon DEOS station data.