Data from the Delaware Environmental Observing System (DEOS) show that temperature departures were positive at all stations, with the largest anomalies found across Kent and New Castle Counties reaching to approximately 6o F at some stations (Figure 3).  Precipitation was above normal throughout the State, with departures of greater than four inches common across many areas (Figure 4).

Temperatures were above normal across nearly the entire United States, with the largest temperature anomalies (5o F – 10o F) found across the north-central portion of the country (Figure 5).  Precipitation anomalies varied greatly across the country with particularly heavy rainfall along the Atlantic coast from Florida to Delaware (Figure 6).  The 500 hPa height pattern for November shows a jet stream ridge covering the eastern two-thirds of the United States (Figure 7).  The placement of the jet stream north of its normal position is responsible for the warm temperatures seen across the country. 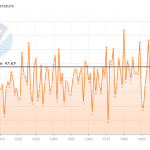 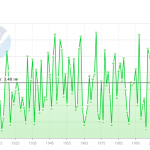 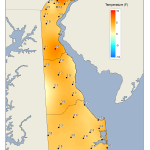 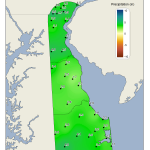 Figure 4. November 2020 precipitation departures (inches) from the 1981-2010 mean based upon DEOS station data. 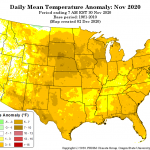 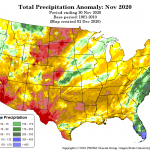 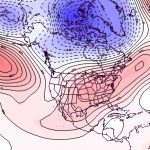